The definitive institution for commemorating and chronciling the September 11 terrorist attacks, the National 9/11 Museum examines the impact of the 2001 and 1993 attacks on the World Trade Center; adjacent to the museum is a stirring tribute to the victims, the National 9/11 Memorial. Both the museum and memorial are located at the site of the former World Trade Center and a must-visit during your stay in NYC.
Collections at the 9/11 Museum include archival footage and historical context for the events of and leading up to the day of the attacks, with several exhibits examining the aftermath and how American and New Yorker culture has been affected. Visit the 9/11 Memorial to see the twin reflecting pools, located at the site of the former Twin Towers, and the plaza, which features harvested trees from New York City, Washington, DC, and Pennsylvania - the sites of terrorist attacks on 9/11. The Memorial and Museum are a short walk from The Frederick Hotel, about ten minutes from the hotel to the World Trade Center. 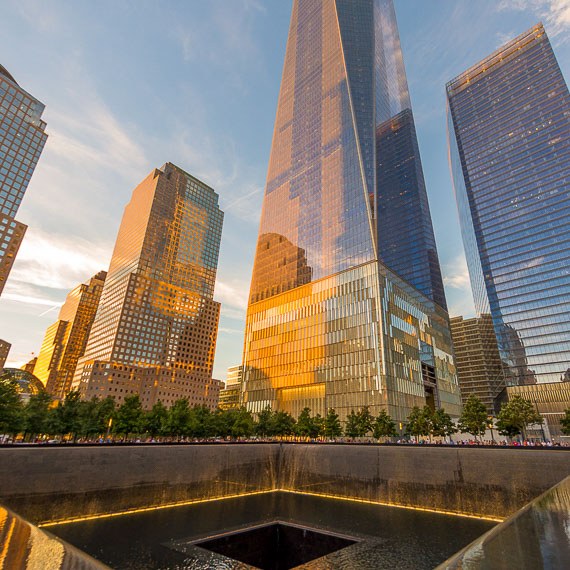