See the NYC Government at Work at City Hall, Two Blocks from the Hotel

Experience the history, architecture, and inner workings of the oldest city hall in the country at the New York City Hall. Located less than a five-minute walk from The Frederick Hotel, City Hall sits at the heart of the Civic Center and is the seat of New York City's government, including the mayor's office.
Take care of municipal matters, like applying for a marriage license, join in on the demonstrations that take place around City Hall, or admire the historic architecture of the longstanding building - both the interior and exterior of the building are designated as landmarks and on the National Register of Historic Places. Explore the Civic Center and the surrounding City Hall Park easily from the hotel at Broadway and Chambers Street, just two blocks away. 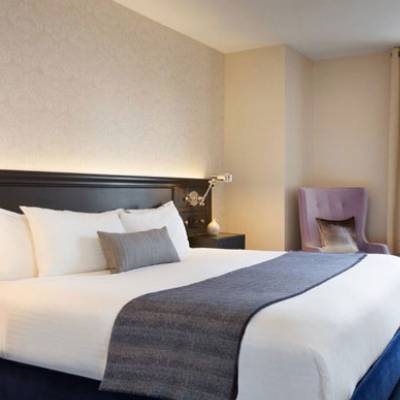